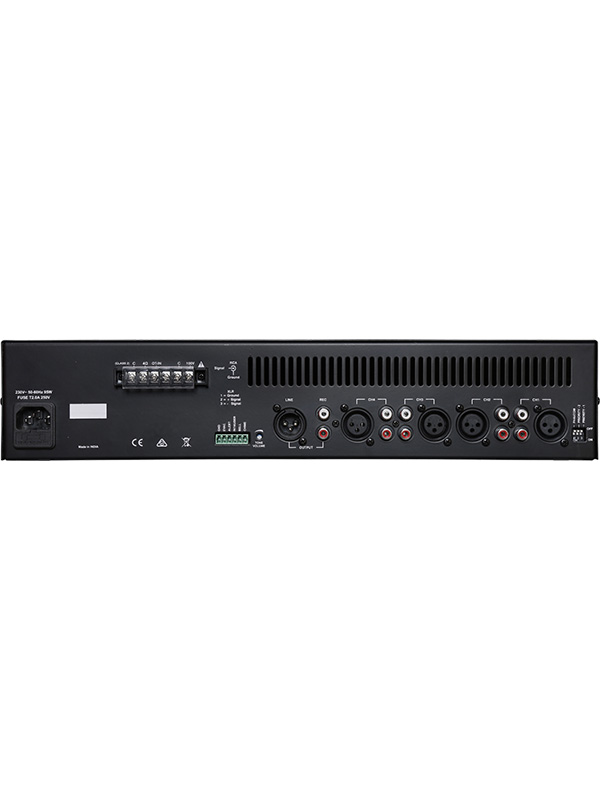 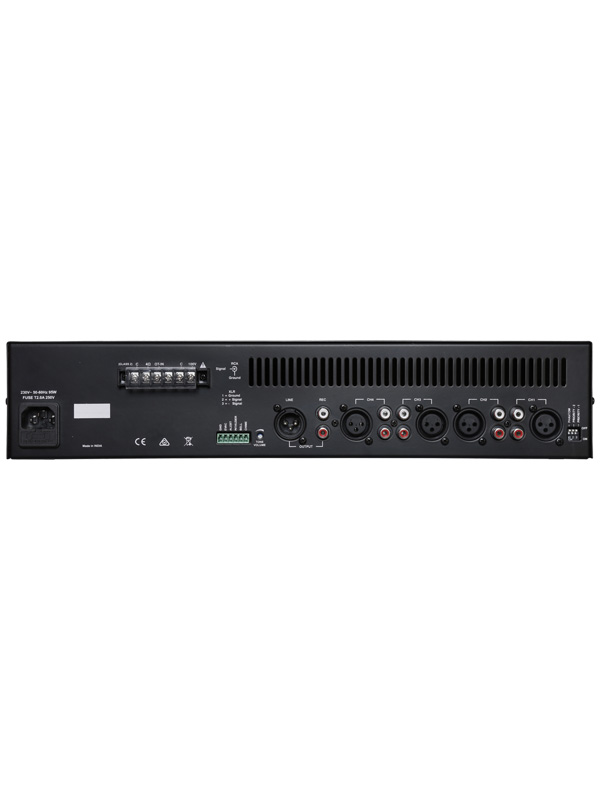 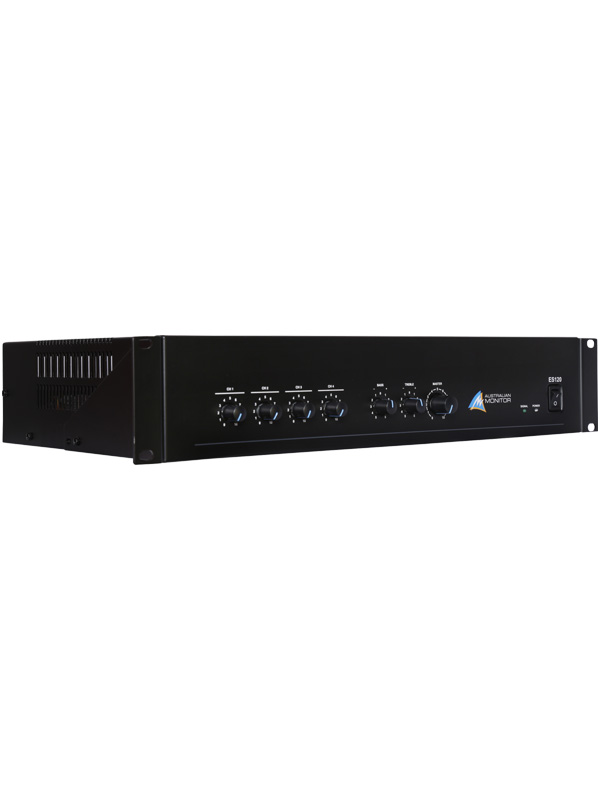 The HS series is Australian Monitor’s next generation of Class D mixer amplifiers, delivering high-quality audio reinforcement with the power you need – 60, 120, and 250-watt options, all in a one rack unit package.

The HS series has been designed with all of the features and power to suit a vast range of installations, from the boardroom to the classroom, school hall to bar, restaurant, or function space.

Videos
Accessories
Tab Content
FAQs
In order to show the current firmware version, Hold the “FWD” and “BCK” buttons simultaneously.
A combination of flashes from the PROTECT and STATUS LEDs show the firmware version.
Protect LED = Major firmware version, Status LED = Minor firmware version
Example; protect LED flashes once and status LED flashes three times. Firmware version = 1.3
• Download the firmware update from the product page
• Extract the flash folder and place the folder on the root of an SD card • Insert the SD card into the product
• Turn the product off and then on
• The status LED will briefly flash and then stay on.
• Update complete
The minimum guaranteed range is 10m.
Yes.
The HSMIX is the mixer only version of this product range.
The PIN number is 2626
Unfortunately no.
However, once connected to the PICOBLU you can typically rename the connection on the device such as a mobile phone.
The SD card can be used to store MP3 or WAV audio files for the embedded player.
It can also store custom tones or tones to override the inbuilt tone generator.

See the download section for an SD card template file which shows the layout of the files and folders required.

The HS mixer amplifiers use an efficient Class-D amplifier topology allowing a greater power density with a much lower weight.
All amplifier channels offer 100V, 70V, and 4Ω output options so you can choose the output configuration to match your application. 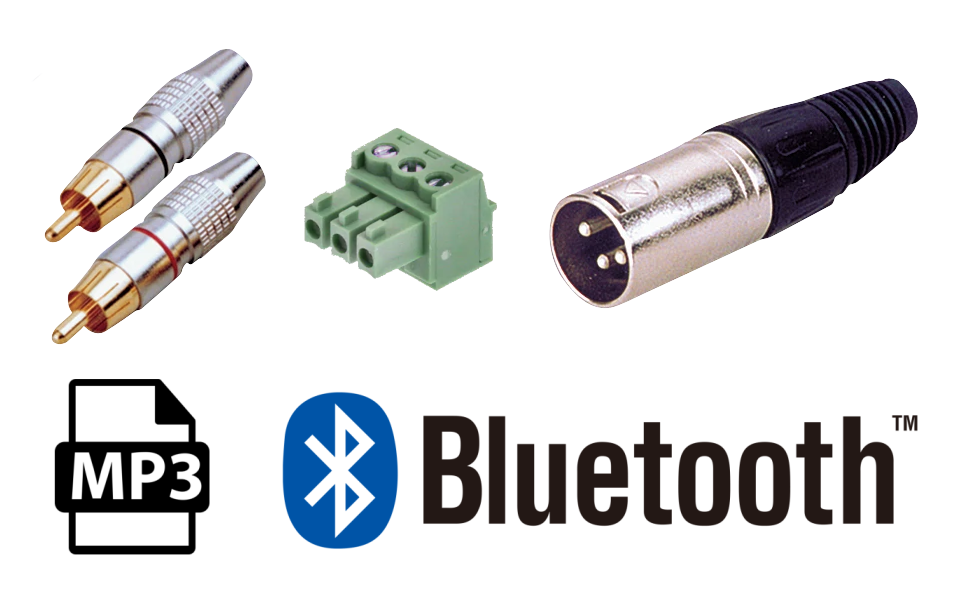 Priority muting allows the amplifier to duck/mute specific input channels when either talk over/messages or tones are triggered.
The priority muting has four modes,
• Channel 1 Only
• Ch1 then Ch2 then Ch3
• Ch1 and Ch2 then Ch3
• Off
The first 3 input channel levels can be individually set to trigger the muting function as well as a global setting for how long to apply the mute.
In addition, tones from the SD card can be configured to trigger the priority muting when a tone is played.

The HS series embeds a customisable tone generator which can play 5 internal tones as well as an additional 11 custom tones from an SD card.
The internal tones can also be overwritten by placing alternative files on the SD card.
Finally, the tone generator also offers the ability to play files at specific volumes as well as trigger the priority scheme for channel muting during playback.
All tones are triggered using the rear LOGIC input connector.

The HS series includes an integrated MP3/WAV player.
Audio files can be placed from an SD card (not included) and played using the front panel controls.
Files can be played in sequential or random order depending on which audio folder is selected. Simply hold down the Play/Pause button to swap between folders to change the play mode. 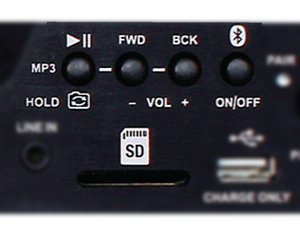 A magnetic cover conceals tone control, gain, and volume defeat options to ensure end-users do not tamper with the desired audio setup. 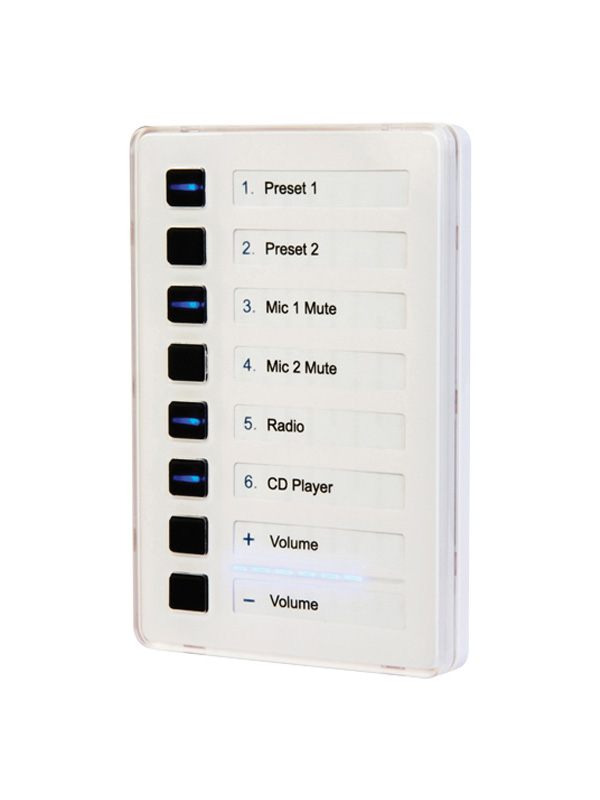 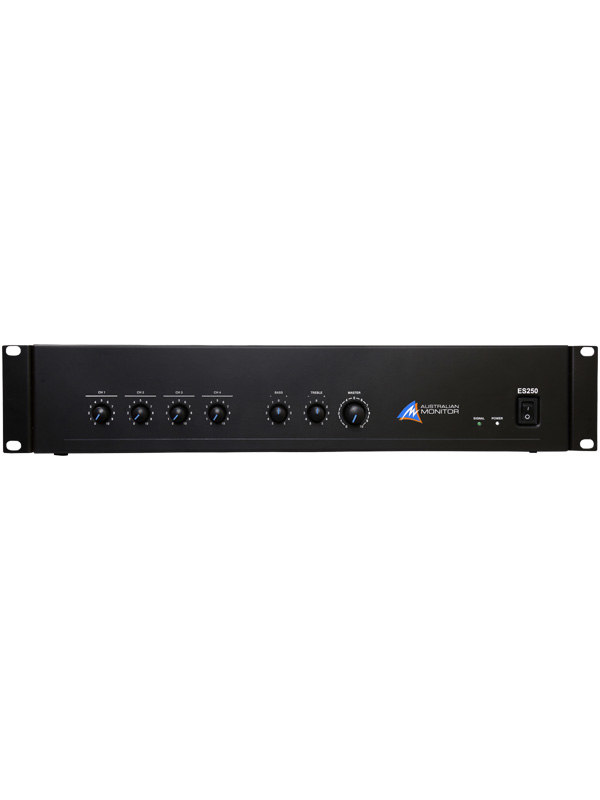 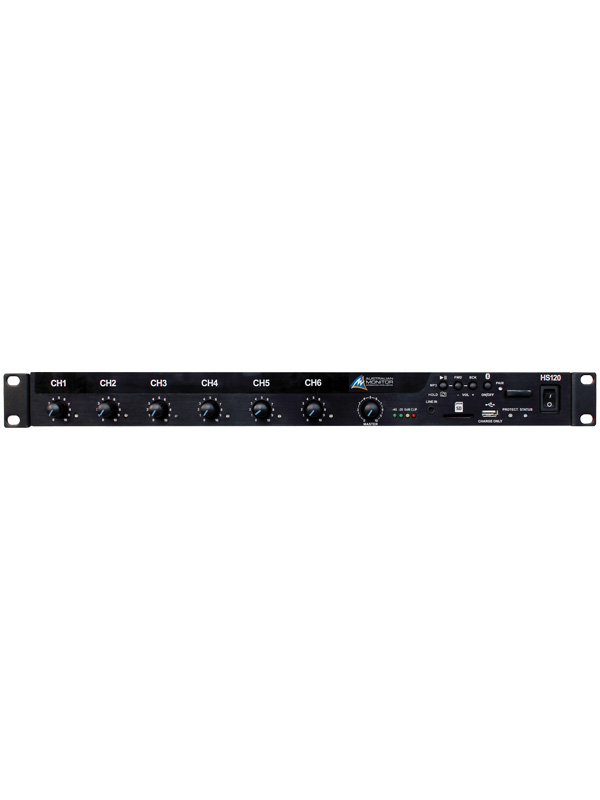